Recorded live in 1979 at CIAK in Milan, All That Funk  is the first of a two of albums the George Adams Don Pullen Quartet recorded for the Italian Palcoscenico label — the second volume was called More Funk. The band had been formed earlier in 1979 and were in their first flush of creativity and seem lifted by the presence of an audience. The sound quality of these albums are good — superior in fact to many of their subsequent recordings — and stand among the best representations of this now overlooked group on record. 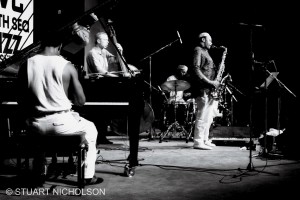 Both Adams on tenor saxophone and Pullen on piano were formidably talented musicians, steeped in the blues and hard bop, but not limited by them since they were also accomplished free jazz musicians, a source they drew on in masterful inside/outside playing. With Cameron Brown on bass and former Mingus drummer Dannie Richmond their music was visceral, vigorous and lustily uncompromising. 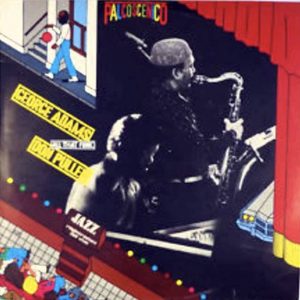 I caught the band in 1988, so I missed seeing it with Dannie Richmond who had died in March that year, so these photos have Lewis Nash in his stead. He was a more than able deputy in a band whose calling card was musical excitement. For evidence of that simply turn to side 2 of All That Funk and listen to the 22 min 25 second “Big Alice.” Both Pullen and Adams had played in the ensembles of Charles Mingus — Adams from 1973-6 and Pullen 1973-5 — and the bassist’s compositional influence is at work here in the way the performance is structured. This is not seat-of-the-pants open ended blowing, but unfolds through layers of intensity, climaxing around the 17 minute mark, before the band gradually bring resolution to the performance.

Yet Mingus’ influence on this band should not be overstated, as Pullen once said, “People always associate us with Mingus, and he was certainly a formative influence. But we have always gone out to do our own thing. We like to pay our respects to all the music, we have a special feeling for the hard swingers in jazz, but we can also be delicate and introspective when it’s called for. We play a lot of music — and all of it well.” He was right. 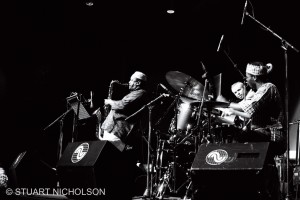 Adams is featured on “Alfie,” but not as you have ever heard this piece played, as he deconstructs it and reassembles it in his own image. One of the group’s most requested numbers was “Intentions” (it crops up again on 1983’s Live at the Village Vanguard, for example, and uses the same modal sequence as “So What”) but here sounds fresh and newly minted. The Adams Pullen quartet was a formidable group, leaving us some fine albums on the Soul Note and Timeless labels. Seven years into their existence they were eventually signed by a major label — Blue Note — when Amiri Baraka hailed them as “one of the most inventive and important groups on the scene.” They were, but how come they are all but forgotten today? 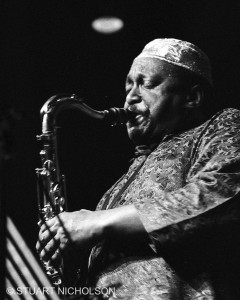 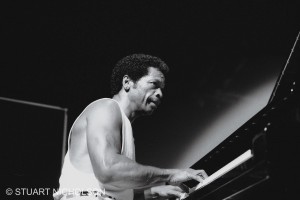