When Miles Davis died on 28 September 1991 he still had a long career ahead of him as a cultural icon. Yet while his obituaries were effusive in their praise about a career that began as a member of the Charlie Parker Quintet back in the 1940s, they grew noticeably vague about his final period following his comeback in July 1981 after a six year absence from the performing circuit. This was because his music  didn’t seem to hit the heights of his honourable and distinguished past when there were times he seemed to influence the direction of jazz itself. 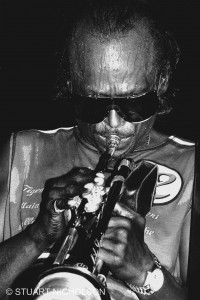 Even though his final years didn’t seem to possess the grandeur and authority of the past, it would be wrong to see this period in terms of his music alone since Davis’ comeback focussed much welcome attention on jazz that by the end of the 1970s was in desperate need of revitalisation. He quickly assumed the mantle of a genuine media superstar and became the major draw at festivals around the world. If he failed to reassert his pathfinder role in jazz in the way he had done in the past, he did at least cause excitement and anticipation whenever and wherever he performed. The reason  for this was simple. Audiences wanted to consume the aura and celebrate one of the great and enduring legends of twentieth century music before it was too late. Paradoxically the music was less important than the event. 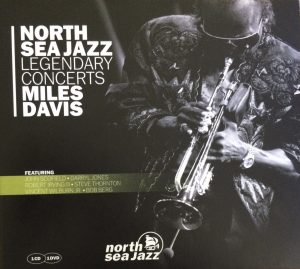 Maybe Davis knew his pioneering days were behind him, and that his past was overshadowing his present. Who knows? But whatever the music may have lacked in substance he now made up for it by the sheer charisma of his stage presence. No turning his back on the audience now. He even waved to his fans,  smiled at them and let them know he cared. When he appeared in the North Sea Jazz Festival’s massive Tuinpaviljoen in the Congress Centre complex at 6pm on Saturday 13 July 1985  he established a festival precedent by becoming the opening act every time he subsequently appeared there.  In his band that evening was John Scofield on guitar, Bob Berg on tenor, Bobby Irving on keyboards, Darryl Jones on bass, Vincent Wilburn on drums and Steve Thornton on percussion. This was perhaps his best line-up of his final period, and, give or take the odd cracked note, he was playing well. 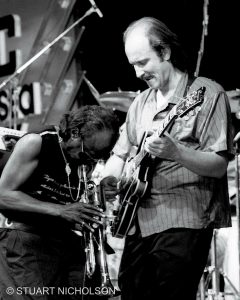 Davis mainly played tunes from earlier albums, Star People, Decoy and especially You’re Under Arrest. Three tunes  from this latter album — Cyndi Lauper’s “Time After Time,” D Train’s “Something’s On Your Mind” and Michael Jackson’s “Human Nature” — would become staples of his  repertoire, simply because there was a bit more melodic meat on the bone for his audience to get their teeth into (a lot of the tunes he played were a bit thin melodically)  and, perhaps more importantly, they could identify with them since they were borrowed from popular culture. In fact, “Human Nature” became a kind of Davis anthem, sometimes used to open a concert since it was guaranteed to provoke a roar from the crowd while “Time After Time” became an affecting lament for Davis’ harmon muted trumpet. 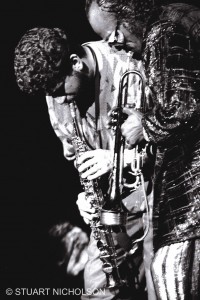 These three tunes are the highlights of North Sea Jazz Legendary Concerts and for a new generation of Davis fans, who didn’t know or didn’t care about Davis’ past, they were the tunes they would remember him by. I saw Davis in each of the following five years, and they’re certainly the tunes I remember this final period by. They still move me — and a lot of people who never saw him back then— which is why this album is such a great reminder of a Davis “event.” Even if you weren’t in that huge crowd of some 10,000 people  on that evening in July 1985 you can at least get a sense of the drama of the occasion — and sheer magnetism of Davis’ presence — from the accompanying DVD of this two disc set. 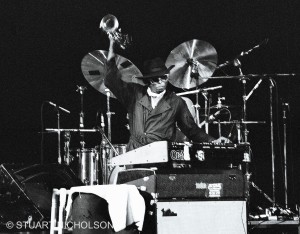