‘Stuart Nicholson recently resurrected a 2001 interview with Chick Corea that is fascinating because Stuart walks him through his various albums and ensembles chronologically eliciting remembrances and comments on the music by the indefatigable Chick’.  MICHAEL CUSCUNA, Jazz Record Producer, Special Consultant, Producer, and Reissue Director of Blue Note Records, Leading Discographer of Blue Note Records and three times Grammy winner.

Today, Chick Corea is celebrated as an internationally famous jazz star and an NEA Jazz Master. But should he ever decide to take time out from his impossibly busy touring schedule and sit down for a moment in a room full of gerontologists — medical specialists who study the ageing process — he could, as that psychiatrist in a famous episode of Fawlty Towers once said, give them enough material for a conference. That’s because there seems to be a huge difference between Corea’s subjective age — how young he thinks he is (which is anybody’s guess, but my money is on 36) — and his chronological age — he was 76 on 21 June 2017. The reason is the growing body of research that shows how a younger subjective age is associated with a range of positive outcomes as you get older, including higher psychological well-being, better physical and cognitive functioning and longevity. 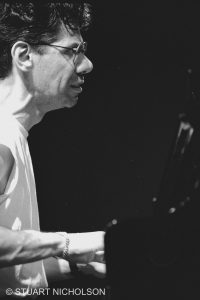 The 22 Grammy-winning jazz legend, pianist and composer ticks all those boxes and more. After all, how else do you explain his indefatigable energy and drive?  For evidence of that, you only have to look at his punishing tour schedule at chickcorea.com that would exhaust anyone half his age. And in case you’re wondering if he had his feet up in 2016 to celebrate his 75th birthday, think again. An equally extensive tour schedule was capped at the end of the year by an unprecedented 75th birthday residency at New York’s top jazz club, The Blue Note, where he played every night for two months with a range of exciting jazz guests.  So how does he do it? As the maestro modestly explained to me by e-mail: “It’s always been my mission to keep the music fires burning bright for myself, my family and friends and people everywhere. It’s the reason why I continue to travel and play. I think it helps bring the quality of the environment up a notch — helps remind us who we really are and that life can be creative and therefore pleasurable.”

Chick Corea was born in 1941 an initially studied piano under his father and later Salvatore Sullo, a concert pianist with the world renowned Boston Pops orchestra under the baton of Leopold Stokowski. In 1960 he headed to New York to enter Juilliard, but dropped out to establish his reputation in jazz, playing with Cab Calloway, Mongo Santamaria, Herbie Mann, Blue Mitchell, Stan Getz, Sarah Vaughan and famously Miles Davis (1968-70). Subsequently, his career was one of conspicuous achievement taking in the avant garde with Circle, his solo improvisations on the ECM label, the acoustic and electric versions of Return to Forever, his duet collaborations with vibist Gary Burton and with Herbie Hancock, his seminal work with Mike Brecker on Three Quartets, his work with his Akoustic Trio, his Elektric Band and with Origin and his work in the classical field including performing his select concerti from the classical canon and from his own pen,  plus a whole lot else that culminated in some 63 Grammy nominations and 22 Grammy awards. Looking back, Corea distills the essence of his artistry in very simple terms: “You know, now that I’m older and more mature [laughs] I can easily observe a simplicity which is: music is music — doesn’t matter the form — it either communicates and touches the listeners or it doesn’t. And when I say ‘music’ I mean the musicians and artists who make the music. Music and the Arts are what we have as a culture here on Earth — they’re one of the only activities that can remind us all of our basic nature — our native state of being. I believe that we are all basically aesthetic beings so the music and the arts can alway reach that positive and true part of any person because it’s native to him — it’s the real being — and it can bring us all together.” 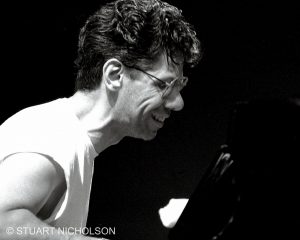 In 2001, he released a trio album using the rhythm section of his group Origin — Avishai Cohen (bass) and Jeff Ballard (drums) — called Past, Present and Futures. In March that year his record company flew him into London for a series press interviews. When my turn came I was taken up to his hotel suite in Mayfair and had what I wanted for my feature after about 25 minutes. As each interview slot was for 60 minutes I told Chick I could wind-up so that he could take a bit of a break before the next interview. He graciously waved my suggestion aside saying if I had any more questions he was happy to continue. I was keen to get his reflections on the the piano trios he had led at various points in his career and this is where we began, ending up  later  with some valuable recollections of his period with Miles Davis in what has become known as “The Lost Quintet” (because of its very sketchy documentation on record by Columbia).