Even if Dave Brubeck had retired in 1960, the year his album Time Out – which included the hit single “Take Five” – sold a million copies, his place in jazz history would have been assured. Instead, the Dave Brubeck Quartet went on to become, according to Brubeck’s biographer Fred Hall, “The most successful jazz group of the 1960s.”  The following decade saw his highly successful collaboration with Gerry Mulligan and a reunion tour with his classic quartet with Paul Desmond on alto saxophone, Eugene Wright on bass and Joe Morello on drums. Then followed various versions of his quartet that continued a busy touring and recording schedule until shortly before his death on 5th December 2012. That year, Downbeat readers voted the Dave Brubeck Quartet “Best Jazz Group” in the magazine’s annual reader’s poll – quite an achievement for a musician who had made his first appearance in a Downbeat poll in 1950. 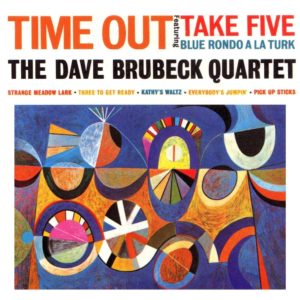 Brubeck’s style, as he freely admits in this interview, has not been without controversy since the great paradox of his music was that although he played “modern jazz,” it was not in the then prevailing driving hard bop style,  something critics in the 1950s neither understood or seemed able forgive. Brubeck was following the sound of a different drum, ahead of his time in experimenting with polyrhythms, polytonality and unusual time signatures such as 5/4, 7/4 and 9/8 – no wonder his critics, who felt  more at home tapping their feet to a 4/4 rhythm, didn’t get it. 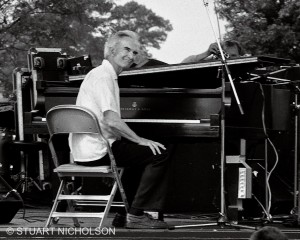 A true legend in his own lifetime, a film documentary on his life called In His Own Sweet Way, produced by Clint Eastwood in 2010, was made to coincide with his 90th year.  Not only did it illustrate the breadth of his accomplishments in jazz, it also sought to cast light on his work as a composer of religious and symphonic works. During the last two decades of his life, awards and honours were deservedly showered on him, including an NEA Jazz Masters award, a Library of Congress “Living Legend” award and he was even given a star on Hollywood’s Walk of Fame. Yet throughout, Brubeck remained remarkably unaffected by the magnitude of his celebrity. Part of the reason for this was his wife Iola, a constant companion on even his most gruelling tours, with whom he shared the same ready sense of humour and love of life. He once said in a BBC interview that he loved music that gave him goosebumps, and listening to some of his greatest recorded performances it’s impossible not to get goosebumps too. That, in its own way, was quite something to share with the world. 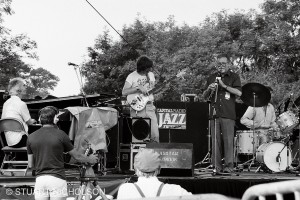 My interview with Dave Brubeck and his wife Iola took place in his suite in a posh hotel in London’s West End. The following day I joined them both at London’s Abbey Road Studios where four of his religious compositions — Beloved Son, Pange Lingua Variations, The Voice of the Holy Spirit and Regret —  recorded 26—29 May that year with the London Symphony Orchestra and the London Voices under the baton of Russell Gloyd, were being mixed, providing me with a fascinating glimpse into his work away from the jazz world.

As I was setting up my tape recorder and pulling out my notes in readiness for our interview, our small-talk led to his legendary association Paul Desmond, touching briefly on  how the his octet — the ensemble he led between 1946-9 while studying under Darius Milhaud at Mills College in Oakland, California under the G.I. Bill — actually anticipated the sound of the Miles Davis Birth of the Cool recordings made a couple of years later. When I clicked the record button of my tape recorder, his octet recordings, so often overlooked in the sweep of jazz history, seemed like a good place  to start.

Click Here To Go To Dave Brubeck Interview on PDF