Pianist Horace Parlan, who died  on 23 February, 2017,  aged 86, made his debut on the Blue Note label in 1960 with Movin’ & Groovin,’  going on to make a further six albums for the label including Us Three, Speakin’ My Piece,  Headin’ South, On the Spur of the Moment, Up and Down and Happy Frame of Mind, any one of which now commands four figure sums on internet auction sites. Then in his thirties he was already  a seasoned professional on New York’s thriving jazz scene, having worked with many of the major names of the period as well as appearing on classics such as Charles Mingus’ Blues & Roots and Mingus Ah Um, Dexter Gordon’s Doin’ Alright and Roland Kirk’s Gifts and Messages. His distinctive piano style can also be heard on albums by the likes of Lou Donaldson, Booker Ervin, Stanley Turrentine, Eddie ‘Lockjaw’ Davis, Dave Bailey and a now overlooked jazz and poetry album by Langston Hughes called Weary Blues, who recited what is perhaps his most famous work over music written by Charles Mingus and Leonard Feather. 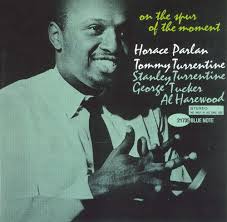 Born in Pittsburgh in 1931, he was stricken by polio as a child, partially crippling his right hand. Given piano lesson from the age of eight as a form of therapy in the hope of alleviating his handicap, he credits his first teacher, Mary Alston, for helping circumvent his physical limitations which evolved into a wholly original approach to playing the piano that contrasted rich harmonic voices in his left hand with an intense percussive attack from the functioning  fingers of his right hand. In the liner notes of his Blue Note debut, Movin’ & Groovin,’ sleeve not annotator Leonard Feather — himself a pianist — was clearly impressed with Parlan’s resourcefulness  in developing such an individual style: ‘The fourth and fifth fingers of the right hand are not used at all. The second and middle fingers, and sometimes the thumb, are used to complete voicings of chords that are basically supplied by the left hand. Occasionally, too, the left hand is used exclusively in single note lines. Incredible as this may seem, along with all this, the left hand does a normal compliment of comping in the normal register.’ 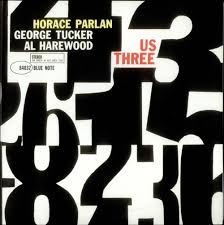 With the sudden and unexpected rise of rock music in the mid-1960s, the jazz business rapidly contracted as audiences migrated elsewhere for their musical thrills. Recording dates fell away, and gigs were fewer. In 1972, Parlan decided to emigrate to Denmark, which already had boasted a strong American jazz contingent including Dexter Gordon, Ed Thigpen, Ben Webster, Kenny Drew and Sahib Shihab. After a little while, word got around that Horace Parlan was in town and his career quickly picked up, with touring, club dates and recording sessions. A generous yet quietly commanding man with twinkle in his eye and an easy sense of self depreciating humour, the interview that follows was for background detail for a feature I wrote for Jazz Times celebrating the release of The Complete Blue Note Horace Parlan Sessions on the Mosaic label in 2000.