In 1999, in a major broadsheet feature, Geoff Dyer, author of the critically acclaimed jazz novel But Beautiful, referred to Keith Jarrett (b.1945)  as “The greatest living jazz musician.” It was not the first time, and it certainly will not been the last time, he has been referred to in such terms. He is, after all, one of just a handful of jazz musicians who have become a legend during their own lifetime.

Jarrett’s recording career neatly divides itself into three periods, the early Atlantic years, the Impulse! years and his ECM years. While it is fair to say his Atlantic and Impulse! years (plus a dalliance with Columbia in between) represent a portrait of the artist as a young man, his career, from Facing You from 1972 to the present day, documented by the ECM label, reveals the flowering of an astonishing talent, not just in jazz, but in improvised music and classical music as well. 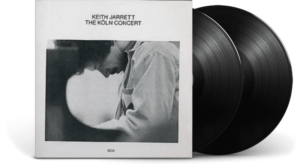 The piano solo concert format, almost single handedly popularised by Jarrett in the 1970s, has  led to some of his best loved recordings, including 1975’s Köln Concert, which has now sold well over three million copies. In 1988 a Bach/Jarrett keyboard cycle was initiated by ECM’s classical imprint the ECM New Series, beginning with The Well Tempered Clavier Book 1 (piano) and Book 2 (harpsichord) and in 1991 he went on to record Shostakovich’s 24 Preludes and Fugues to world-wide critical acclaim. 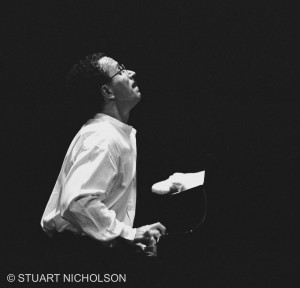 In 1983 Jarrett embarked on a new venture in the jazz field, the formation of a jazz trio with bassist Gary Peacock and drummer Jack DeJohnette. For some while he had been playing “Over the Rainbow” as an encore at his solo concerts and he decided to form a group to explore the American Songbook – and beyond – explaining to Musician magazine that year, “Some of the things you hear with the group are fun: the fun of being able to relate to something and not care what it is, and just take it. But when you play alone, whatever you hear, you can’t have fun with it because you just have it to yourself.” After travelling the world performing solo concerts for eight years, Jarrett, it seemed, was missing interaction with other musicians. 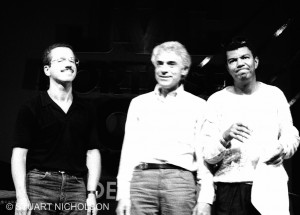 In 2008, ECM celebrated the twenty-fifth anniversary of the formation of the trio with the re-release of their first three albums as Setting Standards in a specially packaged and priced box set. As the Swiss jazz writer Peter Rüedi shrewdly noted in the liner notes, “From the very beginning Jarrett emphasised two imperatives: they must take the standards seriously as great if unrecognised art on a small scale, and they had to do so from an up-to-date and radically improvisational vantage point. Once the musicians entered the studio the effect was astonishing. The old tunes unleashed a rush of emotions, a delight in streams of collective communication, without preconditions, following not only the skeletal changes but the melodic lines of force in the originals.”

After recording enough material for two albums of standards, the trio felt so elated they decided to try something else. It resulted in the third album in the ECM box set, Changes where other than Jarrett’s composition “Prism,” the music was spontaneously conceived. Since then, what has become known as “The Standards Trio” has built a substantial discography on the ECM label, including two further albums of spontaneous interaction.

With the recent release of Yesterdays, a session capturing the trio in top form from 1991, it seemed appropriate to begin my interview with Keith Jarrett by discussing this latest release and then briefly reflect on a over quarter of a century of music-making with the trio, in both the “Standards” and free collective improvisational contexts. Other issues he talks frankly and engagingly about are the importance of melody and meaning in jazz improvisation, the transferability of skills from classical to jazz, his practice regime and more. What gradually emerges is a portrait of an intensely dedicated musician restlessly challenging himself to achieve the highest standards he can possibly attain in creative music making.

Click Here To Go To Keith Jarrett Interview On PDF