It was about halfway through 1984, no-one can seem to remember the precise date, when a rehearsal band of 20 or so young, like-minded British jazz musicians under the direction of educator Graham Collier declared independence from their mentor and went their own way. Calling themselves Loose Tubes and preferring a collective identity with no one leader, they created a repertoire and sound that was quite different to anything in jazz — before or since. 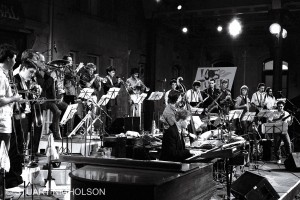 Establishing a regular spot every Monday night at Wood Wharf Studios in Greenwich (where Dire Straits and Iron Maiden once recorded) they took whatever work was offered around London to get known — gigs where the members of the band outnumbered the audience, a date at the Academy in Brixton, another at the Now’s the Time Festival, another at The Prince of Orange (a jazz pub in Rotherhide), a BBC broadcast and a gig at the Bull’s Head in Barnes.

Their breakthrough came in May 1985, a week after the Bull’s head gig, with a six-night residency at Ronnie Scott’s, underwritten by the Musician’s Union Promotions Committee to the tune of £1500. In the event, the booking was a huge success, “We were immediately booked for a return the following December,” said Colin Lazzerini, the band’s administrator, “plus several festivals including the Salon du Jazz.”  In August, an equally successful appearance at The 7 Dials Club in Covent Garden ended with the band parading around the club saw the press sit up and take notice, “Something bold and illuminating was afoot,” said The Guardian. A month or so later came the release of their eponymously titled debut album, delayed from the previous December,  that was  a cause for wonder and applause. 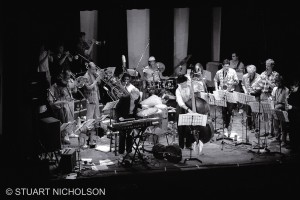 Much of the spirit the band projected in live performance was captured on the album — its urge to surprise with a collision of ideas and moods that often made perfect sense (but even if they didn’t, it didn’t seem to matter), the sheer élan of their performances and a freewheeling optimism that seemed to rejuvenate the whole British jazz scene. I was writing for the Wire magazine at the time, and finally persuaded editor Richard Cook they were deserving of a feature in November 1985 which duly appeared in the magazine’s January 1986 issue. Later in the year,  Colin Lazzerini invited me to the recording of their second album, Delightful Precipice, on 1st August 1986 at the Angel Recording Studios in Islington. 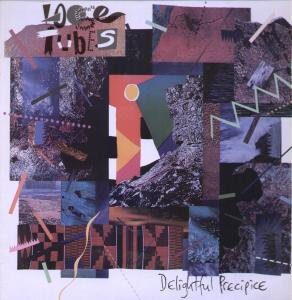 When Delightful Precipice was finally released there was  no shortage of highlights. “Säd Afrika’s” powerful and evocative opening section; the robust writing on “Sunny” that evoked a Spanish village brass band that brought to mind Carla Bley’s imaginative arrangements for Charlie Haden’s Liberation Music Orchestra; the intricate part-writing of “Hermento’s Giant Breakfast” that gave way to a rich, accomplished acoustic guitar solo by John Parricelli and the grand brass proclamations of “Would I Were” climaxed by Parricelli again, this time  electric, who conjured up a heroic solo still waiting to be discovered by air guitarists. 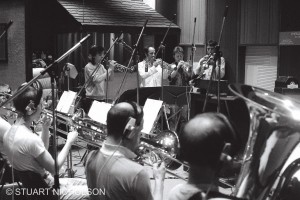 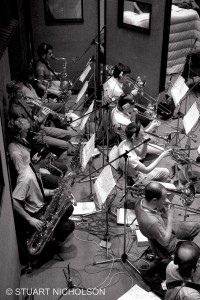 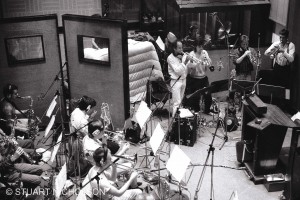 In 1987, Loose Tubes became the first jazz orchestra to play the annual Henry Wood Promenade Concert Series in the Albert Hall before making one more studio album, Open Letter, produced by Teo Macero, in 1988. By then they had become a significant force, along with Courtney Pine and Gary Crosby’s Jazz Warriors, in a youthful UK jazz resurgence that captured the media’s attention in a way jazz in the UK has not managed since.

When the band was wound-up in 1990 after a final run at Ronnie Scott’s, a number of reasons were given, but for me it brought to mind a point I made in my feature in Wire magazine back in 1986: “A musical collective is a wonderful thing in theory, but in practice it could mean pulling in several directions at once. Fine intention can be suffocated by factional interest, an uneasy compromise that breeds a beast that is neither fish nor fowl…A democracy should not be afraid of the ballot box, and a firm hand on the tiller of musical policy, both on stage and in the recording studio could be in everybody’s long term interest. But in the rarefied atmosphere the band are now being to breathe — they are the most exciting event in British jazz — self-analysis become increasingly difficult.”

Fondly remembered by their fans — there’s even active Loose Tubes pages on Twitter and Facebook —  an exciting footnote to the Loose Tubes story came in 2010, when Django Bates released Dancing on Frith Street, a seven track CD recorded during Loose Tubes’  final run in Ronnie Scott’s, on his own Lost Marble Recordings label. It was followed in 2012 by Säd Afrika with seven more live tracks recorded during the same run. In 2015 the final album of the trilogy, Arriving, was released comprising a further seven tracks from Ronnie’s plus four tracks — “Fast Forward,” “As I Was Saying,” “Bright Smoke, Cold Fire” and “Creeper”  commissioned by BBC Radio 3 for a Loose Tubes reunion and recorded on 8th May 2014, again at Ronnie’s.

The band had been reconvened from destinations as far apart as Denmark, Brazil, Wales and towns and cities around England at Django Bates’ behest to play the Brecon Jazz Festival, the Cheltenham Jazz Festival  and a sold-out week at Ronnie Scott’s. As Bates wryly commented to  The Guardian newspaper, “Realising that we’re all still on planet Earth, it just seemed fun to get back on stage together.” Once again, Loose Tubes were creating waves. Received as ecstatically by audiences as they were by the Arts Pages of the UK broadsheets, it encouraged further dates in 2015 —  headlining at the Gateshead Jazz Festival on 12 April, opening the Herts Jazz Festival on 18th September plus a short residency from 24th to 26th September at Ronnie Scott’s. On 10th June 2015,  Loose Tubes won the Jazz FM Award for ‘Best Live Experience’ for their  reunion concert at the Cheltenham Jazz Festival on 3rd May 2014. 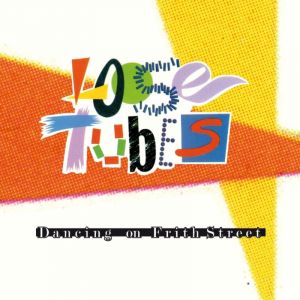 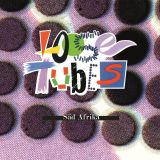 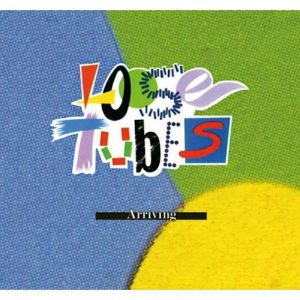 Throughout, there’s some exceptionally creative writing and arranging  that’s performed with audible glee by the ensemble. There’s also some well conceived and executed solos, the most effective constructed around the context of the composition at hand, where the soloist finds a voice within the overall arrangement that while not altering its meaning appears to grow out of it, for example, Iain Ballamy and John Parricelli on “Yellow Hill,” Ashley Slater and Chris Batchelor on “Sunny,” Eddie Parker on “Discovering Metal,” and Parker again plus Django Bates and Steve Buckley on “Sweet Williams.”

They say you can only make a first impression once, but the arrival of these three CD releases created a vivid second impression of how British jazz once spawned something quite unique and yes, important and  as significant and forward looking in its way as anything else going on in jazz at the time. What’s more, returning to these performances some thirty years after the event affords us the kind of perspective that only time can give us, since in creating a context for themselves that reflected who they were and where they were in the wider world of jazz, Loose Tubes quickly became greater than the sum of its component parts. So when the decision was made to go their separate ways in 1990, far from out-growing the band and its music (as some claimed at the time), Loose Tubes  had grown bigger than the individuals that comprised it, who have subsequently tended to remain — however distinguished their subsequent careers —  in the shadow of the joyful monster they once helped create. 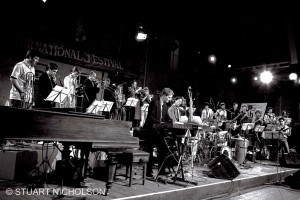 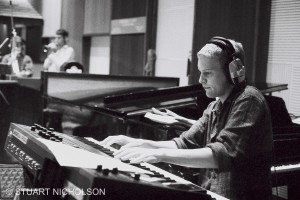 Both Loose Tubes from 1985 and the subsequent Delightful Precipice that followed bore the imprimatur  “Arts Council Funded.” It’s not something you see very often, if at all, on a UK jazz album today — in stark contrast to the arts and culture policy of many other European countries who actively support their jazz scenes such as Norway, Sweden, Denmark, France, Germany, Switzerland, Italy and more. It’s a reminder of how this once august organisation, before it slid into complex form-filling-in political correctness, appreciated jazz as an important art form in the UK and provided support to help it flourish. 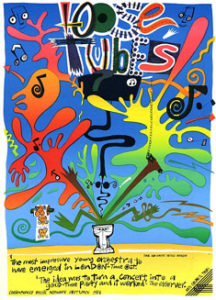