In June 1984, Jack DeJohnette produced and recorded   Album Album at New York’s Power Station for the ECM label. It was his fourth, and final, Special Edition recording for the label. It was also one of his finest. 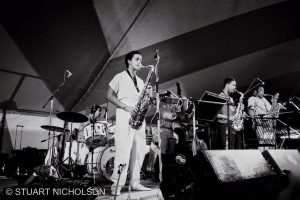 In the summer 1985, he toured his Album Album band around the European festival circuit with just one change in personnel  from the original recording with a very young Greg Osby in for saxophonist David Murray, alongside DeJohnette on drums, piano and electric melodica, John Purcell on saxes, Howard Johnson on baritone sax and tuba and Rufus Reid on bass.

It was a formidable quintet, DeJohnette later reflecting that he had to “Push the musicians to play as creatively as they were capable of playing — or more than they were capable of or, rather, what they think they’re capable of. In other words they had to play not only what they knew, but also what they didn’t know.” DeJohnette’s playing was inspirational; at 43, he was at the peak of his powers and band played with the conviction of a group of young men who knew their band was indeed special — which it was — with the result that  the totality of their music often seemed greater than the sum of its component parts. 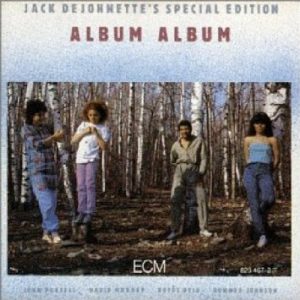 DeJohnette, who composed and arranged all their material except “Monk’s Mood” (which he arranged as a sort of eulogy to the composer), achieved a free flowing rapprochement between compositional design and improvisational freedom. His deft, effective writing rejected open-ended blowing — “People’s attention spans aren’t as great as they were in Coltrane’s time and you have to adjust,” he said — achieving an eloquent balance between ensemble ingenuity and improvisational wisdom.

Ultimately, however, Album Album was a reflection of DeJohnette’s complete musicianship, for although there were no drum solos, only brief breaks, the unifying factor in a remarkably varied set of compositions — of which “Ahmad the Terrible” and “Third World Anthem” stand out  — was his ability to create a wholly effective context for his playing through his compositional and arranging skills. Listen, for example, to his rousing piano solo on “Ahmad the Terrible” in tribute to Ahmad Jamal, to whom the piece is dedicated.

Today, DeJohnette’s discography is as varied as it is large, yet of all of his recordings it is difficult to imagine any that exceed the way his compositional and arranging skills and the sheer majesty of his playing were married to an ensemble totally at one with realising their leader’s  conceptual ambition, so placing Album Album among the finest recorded performances in jazz. 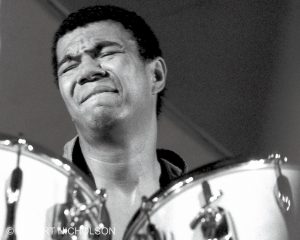