In 1985, Downbeat magazine described Quest as a “Must for anyone interested in the possibilities and beauties of small group improvisation.”  With Dave Liebman on soprano saxophone, Richie Beirach on piano, Ron McClure on bass and Billy Hart on drums, Quest had evolved from Liebman’s short lived Lookout Farm band that debuted at the Village Vanguard jazz club in Greenwich Village on 6 June 1974, shortly after he left Miles Davis. It marked the beginning of a long a fruitful collaboration between the saxophonist  and Richie Beirach that went through a transitionary phase with several comings and goings of personnel through Lookout Farm (1974), Drum Ode (1975), Sweet Hands (1975) and Pendulum (1978) as Liebman sought to position his music in the changing musical climate around him. 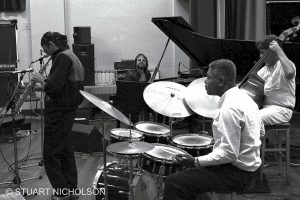 In 1981 came Quest, a new quartet with Liebman and Beirach at its core, with George Mraz on bass and Al Foster on drums, although it wasn’t released until late 1984. With Quest II from 1986 the personnel consolidated with Ron McClure and Billy Hart coming in on bass and drums respectively, a lineup that would last until 1991 when the group was wound up. Although they would reconvene a decade and a half later with Redemption: Live in Europe (2005) and occasionally thereafter, the six albums they recorded during the band’s lifetime as regular touring and recording group are all of an exceptionally high standard, with Midpoint (1987), recorded live at the Montmartre, Copenhagen,  representative of the uncompromisingly high standard of this band in full flow (and from around the time these photos were taken). 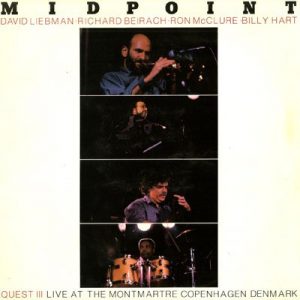 Today, Dave Liebman is known as one of the world’s leading jazz educators, his ubiquity in this role perhaps mitigating  against what should be a secure reputation as one of the great post-Coltrane saxophonists. During his period with Quest, he decided to concentrate exclusively on the soprano saxophone, in part inspired by a desire to rethink his approach to improvisation away from Coltrane’s dominating sound and influence on tenor saxophone.

As Midpoint reveals, Liebman had masterful command of the instrument. His solos always have great rhythmic momentum, impressing with the number and frequency of original ideas and motifs that swirl through his improvisations. He utilises the whole range of his instrument, introducing rhythmic variation to his line with unusual groupings of notes and he often varies his attack by playing either in front or just behind the pulse of the music — “The Code’s Secret Code,” “Pablo’s Story” and “Redemption.” His angular lyricism was highlighted by a vocal tone that could sometimes  sound like a cry or wail reminiscent of Middle Eastern music (something that he began exploring with Lookout Farm). 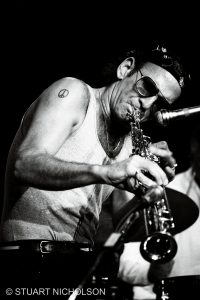 Beirach’s harmonically sophisticated approach to the piano dovetailed well with Liebman’s forceful playing, while as a soloist in his own right his playing possessed a powerful duality that combined steely resolve and thoughtful, often delicate, reflection  that was appreciated by leaders as diverse as Stan Getz, John Abercrombie and George Adams. Listen to his solo on “Pablo’s Story,” first recorded with Liebman on the album Lookout Farm, where he not only compliments the saxophonist perfectly, but  offers contrast with a solo of his own that highlights why the Liebman/Beirach collaboration was so memorable. 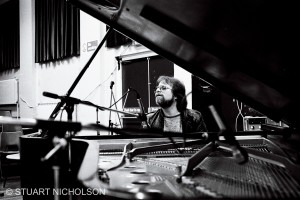 It’s perhaps disappointing in the context of jazz during the 1980s that Quest never attracted the attention of a major label, and with it the kind of publicity and exposure they richly deserved. Instead, their output was confined to small independents — Palo Alto, Storyville, Pathfinder, Pan Music and CMP — which did them no favours in reaching a broader jazz public. Yet in spite of this, Quest built an audience for their music by dint of regular touring and their powerful and uncompromising live concerts that were always warmly appreciated by jazz fans at the time, as this excellent album reveals. 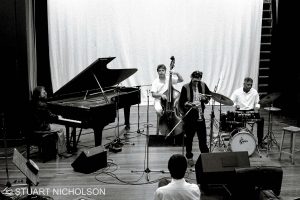